John Tilton is currently the Executive Pastor of New Hope Oahu, an International Church of the Foursquare Gospel. New Hope Oahu is the largest network of churches in Hawaii, serving and ministering to thousands through services and in the community.

John has spent much of his career in entertainment and productions, and continues to do so as the Hawaii Production Manager of Live Nation Entertainment, the largest concert and special event organization in the U.S. He has the privilege of overseeing local production for many of the premier national name artist concerts including Sting, Journey, Ringo Starr Allstarr Band, Hillsong United, Mercy Me, Big Bang, The Cure, Chance The Rapper and others.

John also continues to serve as the vice president of Tihati Productions, Ltd., Hawaii’s premier entertainment and production company, using his talents and expertise in business development, marketing and production.

He has co-produced and directed many of the top resort shows, conventions, special events, concerts and attractions in Hawaii.

You may also recognize him from the film and commercial work he does as an actor having appeared on the hit series “Lost,” or various television commercials.

John serves on a number of boards that in turn serve the community and equip young leaders. 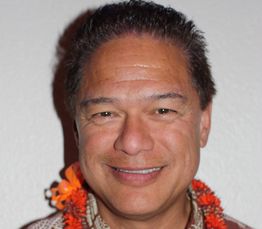