Mark and Mary Benson, along with their son Patrick, are blessed to consider Honolulu their home. Relocating from Kansas City in early 2012 to become the managing partner at Honolulu Ford, the family has embraced the community.

Mark has been in the automotive industry since college, holding a degree from Iowa State University in Agricultural Economics. Mark worked in the sales division of American Honda Motor Company for 7 years. Challenged as an entrepreneur from grade school, Mark left the corporate world and found satisfaction in rebuilding broken car dealerships. To Mark’s credit, he has owned and/or operated some 17 new car franchises across the country. Most recently, Mark has been the managing partner at Chrysler, Dodge, Jeep, Ram, and Hyundai of Seattle.

Mary partnered with Mark at Honolulu Ford, overseeing the day to day operations and owning an in-house Allstate Insurance Agency for four years. Combined, the Bensons have over forty years’ experience in the automotive industry.

The one thing that is consistent in the car industry is change, and Mark believes that by embracing the change risk can be minimized. To this end, the Bensons and several partners have created a new company in a relatively new field; refinancing automobiles. Think “Quicken Loan” but transparent and for cars.

The real passion of the Benson’s is their involvement in the non-profit world and paying it forward. Since arriving in Honolulu, Mary has held board positions with the Honolulu Zoo Society, the Rotary Club of Honolulu Sunrise, the Junior League of Honolulu, Damien Memorial School and Kalihi Business Association. Mark has served with the Aloha Council Boy Scouts of America, New Hope Oahu, and the Hawaii Automobile Dealer Association. The Bensons embrace the idea that giving back is how they show gratefulness. 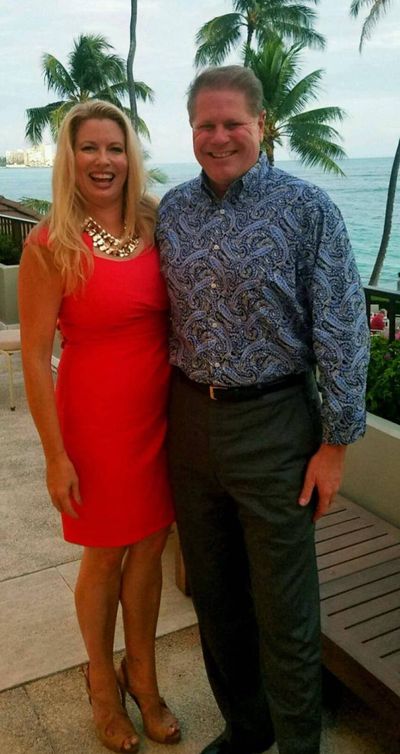